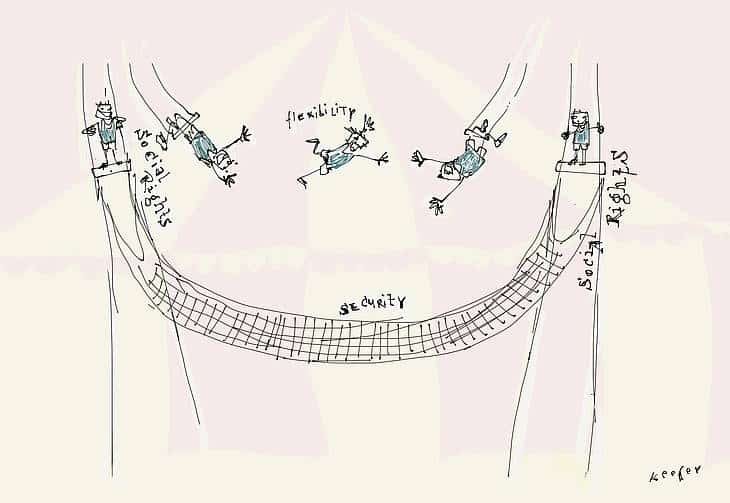 The Future of Work in the Media, Arts & Entertainment Sector

Meeting the Challenge of Atypical Working

With the support of The Project Steering Group:

The content of this report does not reflect the official opinion of the European Union. Responsibility for the information and views expressed herein lies entirely with the authors.

Reproduction is authorized provided the source is acknowledged.

On 8 and 9 September 2016, the final conference took place in Brussels of the joint FIM, FIA, UNI-MEI and EFJ project focusing on the future of work and atypical working in the arts, entertainment, and media sector. It was held in the European Parliament and the premises of the European Economic and Social Committee.

Besides representatives from the four organizing federations, the conference welcomed European and national parliamentarians, representatives of the European Commission, the International Labour Office (ILO) and the European Trade Unions Confederation (ETUC), as well as jurists, specialized in social law.

Following on four thematic workshops, the conference was an opportunity for presentations and opinions of both legal and political nature from numerous speakers. The whole of the work carried out constitutes a solid documentary basis for future initiatives from FIM and its partners with regard to ETUC and ILO on the issue of non-standard forms of employment, a major concern for the trade union movement at a global level.

Synthesis report in English (report presenting works of reflection and analysis carried out during the 18 months of the project. Translation is currently underway into French, Spanish and Italian).