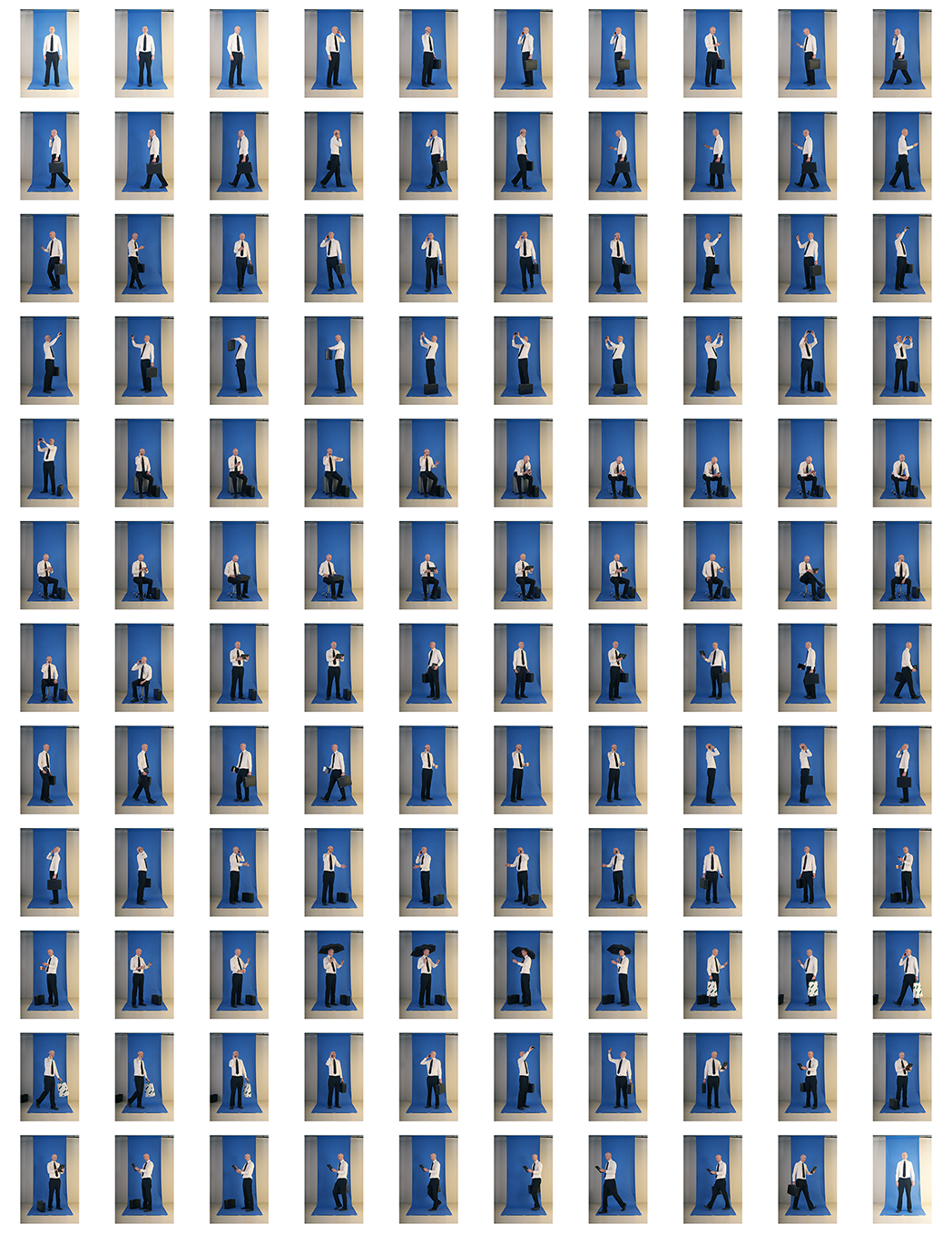 Theme: Urban space and the use of the camera to mediate our bodies and understanding of place.

A Place Like All Others is a practice-led research project analysing the role of the image in the transformation of urban topographies in the context of globalised production and neoliberal governance. It examines the part played by globalised capital and financialisation in the representation of transformations in the urban spaces of Dublin and Helsinki. The work combines photography, moving image and ethnographic practises to reflect on the types of places we create and how images of space, such as computer-generated images and manipulated photographs, aim to influence our perception of urban space.

As well as using images the work draws on testimonies of the people who use the spaces in Dublin and Helsinki as their home or for work, as well as those charged with the construction of new places. Many of the photographs are occupied by a lone figure dressed in a shirt and tie, holding a briefcase in one hand and a mobile phone in the other. These images act as an allegory to demonstrate our growing relationship with modern urban space as one determined by the forces that build them. These forces are frequently in the form of global investment corporations who use space as a commodity to invest in and profit from, therefore, dictating the relationships we may have with these spaces.

I am an image-maker, researcher and educator working between Finland and Ireland. My photographic work centres around the role of images in relationships of power in society, often with a focus on urban space. I do extensive academic research with my projects which is supported by an ethnographic methodology that helps put the images I make into context. I am currently a PhD candidate at the University of Helsinki in Environmental Sciences. My research work centres around intersections of aesthetics, urban space, human geography, and economics and how these are mediated through digital visualising technologies such as smart phones and surveillance systems. I hold a practice-led Masters by Research and a qualification in Visual Education from the Institute of Art, Design and Technology Dún Laoghaire. I currently teach photography courses at the Espoo Adult Education Centre in Tapiola and while residing in Ireland taught photography at institutes such as the Gallery of Photography, Dún Laoghaire Further Education Institute and the Institute of Art, Design and Technology Dún Laoghaire in Dublin.