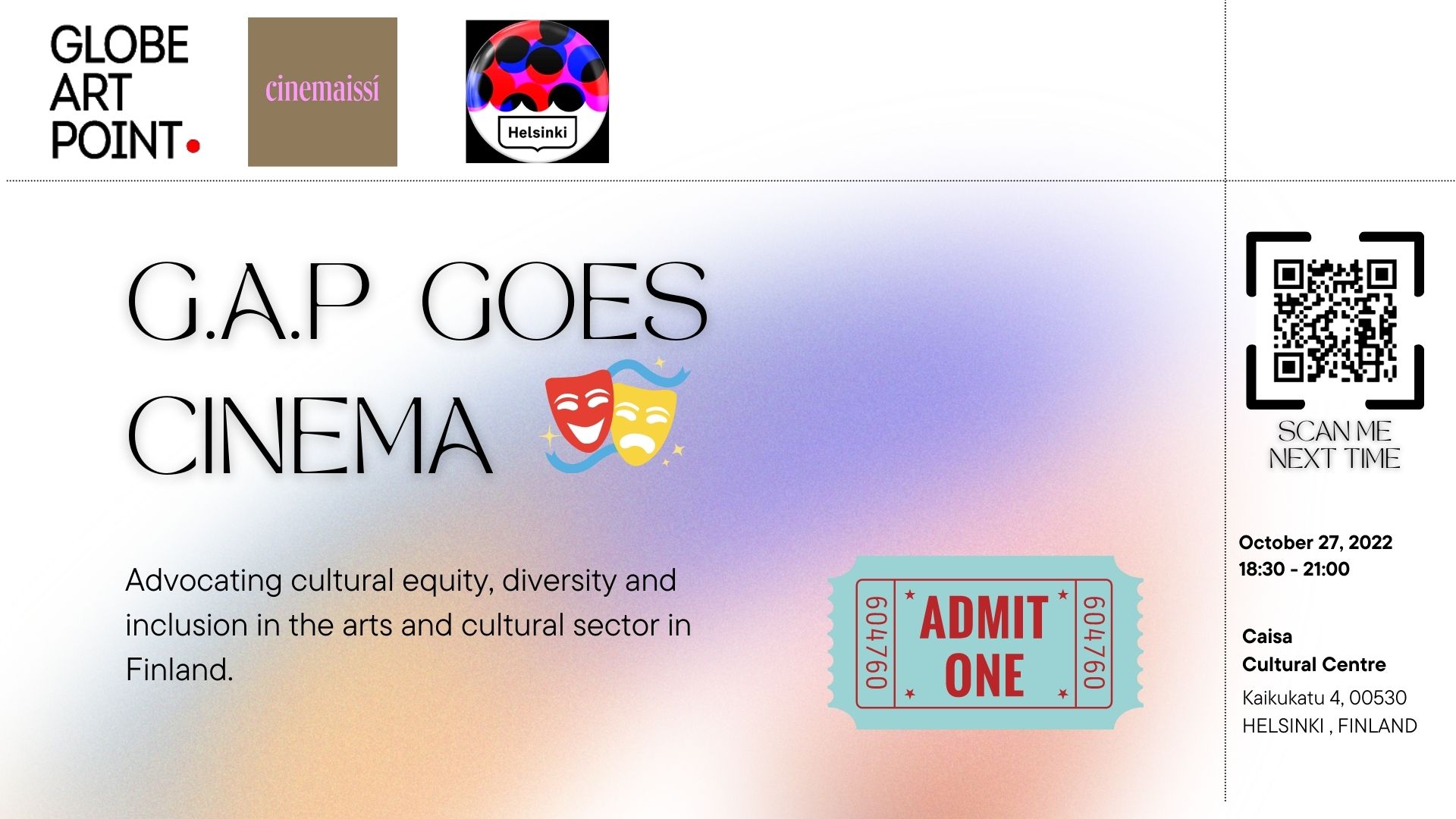 G.A.P Goes Cinema is a morphed event based on the concept of G.A.P Goes Galleries. It was born out of necessity to connect foreign-born and local creatives with art spaces and art associations based in the metropolitan area and beyond. The idea is to meet in an unusual setting and present G.A.P’s community and its members to actors from the Finnish arts and culture scene and allow them to network.

During this event, Globe Art Point will be visiting Cinamaissí Latin American Film Festival organised between 26-30.10 2022. In the first part of the event, we will be attending a movie screening of ‘My Imaginary Country’, a Chilean documentary film directed by Patricio Guzmán- Get your tickets here (opens on 14.10).

After the screening, ex-Finnish diplomat Luis Herrera and Teivo Teivainen, Professor of World Politics at the University of Helsinki, will open up a conversation on the current situation in Chilean politics, weeks after the referendum on the New Constitution was unexpectedly and massively rejected by the population.

The discussion will be presented and facilitated by journalist Jaana Kanninen, and is organized by Cinemaissí and Cristian Medel, in cooperation with Globe Art Point. The language of the discussion is English and it is free of charge.

This is a low-threshold event organised by Globe Art Point and Cinemaissí for all foreign-born and Finnish artists or cultural workers who would like to network and meet like-minded people. The language of the event is English. No registration required, welcome!

“October 2019, an unexpected revolution, a social explosion. One and a half million people demonstrated in the streets of Santiago for more democracy, a more dignified life, a better education, a better health system and a new Constitution. Chile had recovered its memory. The event I had been waiting for since my student struggles in 1973 finally materialized.” Patricio Guzmán

Cinemaissí Latin American Film Festival aims at promoting appealing, thought-provoking, and novel Latin American cinema in Finland. Through film screenings, conversations, and other encounters, the festival has created a platform for the understanding, enjoyment, and debate of Latin American culture, politics, and society.

Founded in 2005 by the non-profit association with the same name, the festival welcomes with open arms everyone interested in the Latin American region. Cinemaissí understands that Latin American realities are multiple and varied. It is our privilege and responsibility to offer our audience a carefully curated program that reflects Latin America’s diversity.