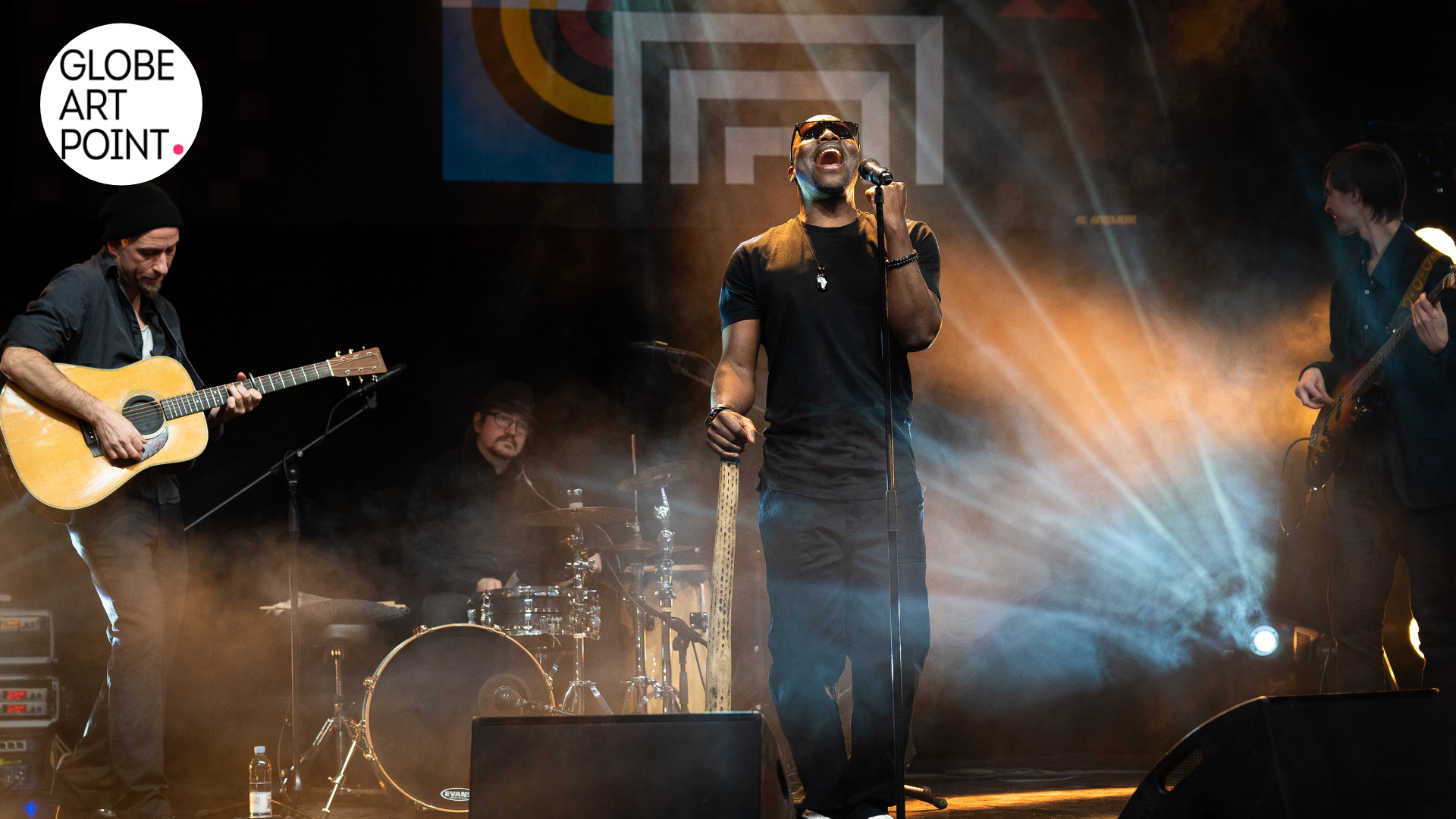 Creatives Meet Up with Mad Ice

Creatives Meet Up is a new concept developed by Globe Art Point to enhance networking opportunities for artists and creatives of diverse fields. The idea behind the concept is for people to meet in an informal environment, share their stories and career experiences reflecting on their backgrounds and lives in Finland.

In the very first session on 13th of October, we will introduce to you a Ugandan singer and songwriter Ahmed Mohamed Kakoyi aka Mad Ice. The session will be participatory where the audience will be able to interact with the guest, ask questions and discuss their work/art together with them. A warm welcome to everyone!

Who is Mad Ice?

Ahmed Kakoyi known by his stage name ‘Mad Ice’ is a dynamic, well versed, self-taught singer-songwriter who crosses all genres with his music. An acclaimed musician in the African continent, he rose to fame with his debut studio album and title single Baby gal which topped the charts throughout 2003-2004 on radio stations in East Africa. In 2005, his new single Wange also debuted at number one in the region. In the same year, Mad Ice signed a record deal with a Finnish label and moved to Helsinki where he is now based. A great performer, Mad Ice performs at international venues and stages around the world. Singing in English, Swahili and Luganda, Mad Ice’s soulful voice and energetic performances always capture the attention of audiences whether he is on a Pop, Jazz or World stage.

Born in 1980 in Masaka, Uganda, Mad Ice started his career in 1998 as a young Mc on various mobile sound systems. Influenced mostly by mid 90s Caribbean sounds of Chaka Demus & Pliers and later by Seal, Lokua Kanza, and Oliver Mtukudzi. Mad Ice’s music has developed to a distinctive fusion of Pop, Soul, and African melodies.

BABY GAL (2003 Kokwa Records, Tanzania)
Released in 2003, Mad Ice’s debut album title song “Baby gal” became one of the biggest #1 hit song of all time in East Africa staying on top of the charts for months on many radio stations in the region.

MAD ICE (2005 Mwamba Records/Edel Records, Finland)
In 2004 Mad Ice secured a record deal with a Finnish record label which in 2005 released a remastered version of his first album to the European market.

MANENO (2007 Recordhouse Music, Finland)
Maneno album was released in 2007 featuring songs like “Wange” #1 hit single 2005 – 2006 Tanzania & Uganda, “Malaika” an Afro-groove version of one of the most popular African songs and “Nionyeshe Njia” single that made Mad Ice recognized as a talented songwriter in the International Songwriting Competition USA 2007, after the song went through to the semifinals in the world music category.

MAISHA EP (2011 Recordhouse Music, Finland)
Maisha – Swahili for life!
Created in simple words and beautiful melancholic African melodies incorporated with soul, this is Mad Ice’s fourth major release. In Maisha Mad Ice takes us through a tremendous journey familiar to so many, from life hardships with “Maisha”, through greatest love with “Te Amo”, parenting with “Nisikilize” to relationship difficulties with “Mapenzi Sumu”. In Maisha EP Mad Ice emerges more as a soulful artist.

You can find us at Malminkatu 5, 00100, Helsinki. When you enter Malminkatu from Runeberginkatu/Kamppi metro station turn right, G.A.P is at the end of the street on the right side, located in a pink building. Our facilities are accessible on the street level, assistant dogs are welcome, however, please note that there is no accessible toilet in the office space.

Globe Art Point joined the Discrimination-Free-Campaign in June 2020 and the association hereby declares itself a discrimination-free zone.

No one should make assumptions of or question someone’s background, gender or experiences.

Every person inside the facilities must be treated equally and respectfully. Discrimination and any kind of harassment, sexual or otherwise, are strictly forbidden. This includes language. It also condemned the use of discriminatory, subordinating, repressive or offensive terminology (different slurs and invectives), not even in examples or to describe something.

By using the G.A.P.’s facilities you commit yourself to be responsible for your behaviour and to follow these rules. The workers, members and facilitators of events inside G.A.P. are responsible for securing that every participant and guest are aware of them.

In conflict situations, the organiser of events as the team of G.A.P. has the right to intervene. If you witnessed or experienced any harassment inside G.A.P., please inform immediately to the team or to the event facilitator.

The event facilitator is a Project Manager Alex Kollerová; alex.kollerová(at)globeartpoint.fi, +358 44 238 6941