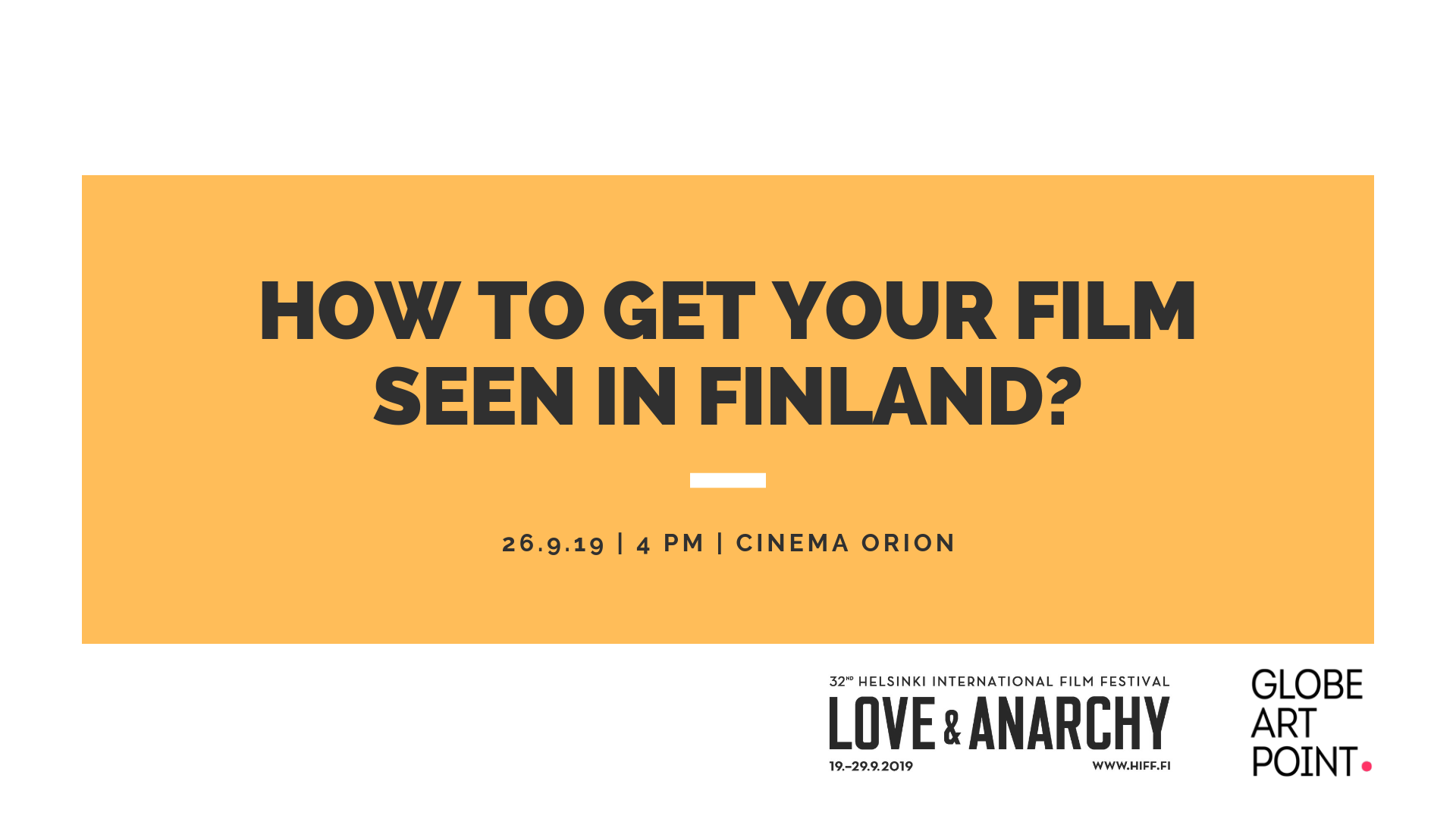 Have you made a movie and still wondering about the distribution/exhibition channels in Finland?

Globe Art Point. and HIFF – Rakkautta & Anarkiaa 2019 are hosting the seminar How to get your film seen in Finland? on Thursday, September 26th at 16:00h at Cinema Orion, Helsinki.

The seminar takes place during the Love & Anarchy Film Festival and approaches different angles of the Finnish film distribution and exhibition system. The panel will focus on short films, documentaries and features from the perspectives of film festivals, institutions and companies.

16:10 Introduction to the panel

The event is free of charge and will be held in English, aimed for film professionals with diverse backgrounds, as well as upcoming filmmakers who haven’t got access to such information and networks.

Among the audience representatives of DocPoint – Kati Juurus – and Love and Anarchy – Outi Rehn – will be present in case the audience has specific questions related to their work.

Established in 2016, Globe Art Point is an umbrella organization with a mission to enhance diversity in the Finnish art and culture scene by supporting the working circumstances, visibility and cultural-political status of the non-Finnish-born artists and art workers resident in Finland. How to get your film seen in Finland? is part of the GAP INFO project and supported by the Ministry of Education and Culture, City of Helsinki and the Finnish Culture Foundation.

Founded in 1988, the Helsinki International Film Festival – Love & Anarchy has been held annually ever since. The aim of Finland’s biggest film festival is to promote the artistry of filmmaking alongside inventive, groundbreaking and visually stunning new films. Bringing together different viewpoints and people, supporting local talents and screening films from artists around the world is at the core of the festival. Annually, HIFF also invites important filmmakers to speak about their work and meet both audiences and industry professionals.