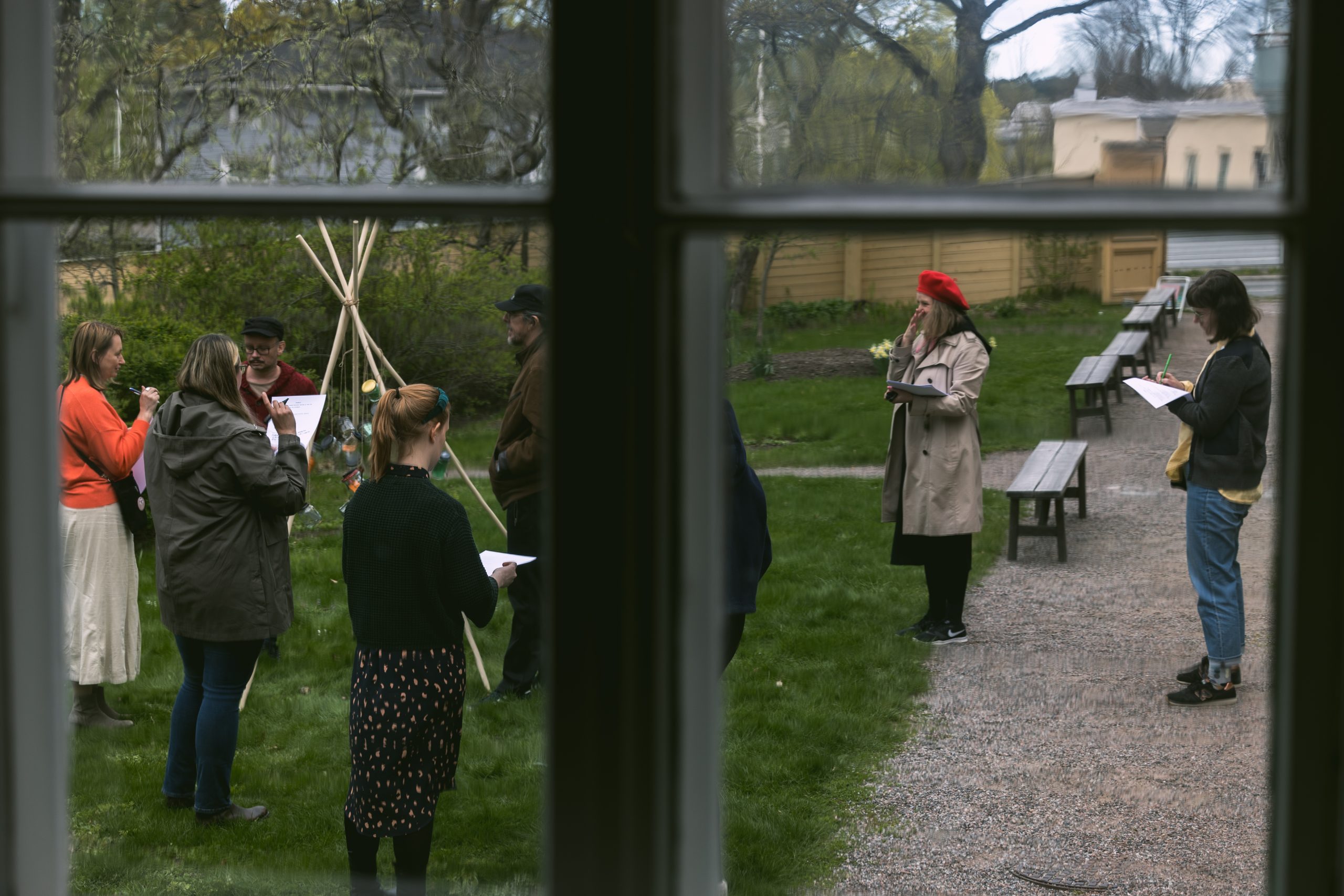 ‘LOOKING FOR THE KEY IN SIPOO’ BY RIBAND KURD

Over the past few months, I have visited Sipoo, it’s a small town in the south of Finland. There are less than 22 thousand people living there.

Over the past five years, I’ve taken street photography in big crowded cities, but this time, I traveled to a small town. It was a totally different experience.

I used to take street photos for my own pleasure or to ease alienation pains, but in Sipoo it was for a project. We launched a group art project in March 2022 for Globe Art Point, to bring art to villages in Sipoo and Porvoo. Initially, I applied for the project to do street photography, so finding “worthy” candid portraits in a small town was my first challenge.

I found bus number 985 to take me to Sipoo on an early Saturday morning in the middle of May. I didn’t expect to see so many people in the streets there, but before I got to the Nikkilä bus stop, which was my destination based on the Google map, I spotted a lot of people walking around, especially in the K-supermarket area, so I stopped the bus at an earlier stop to begin my journey.

Even though I left the city for less than 40 kilometers, I still felt out of the city atmosphere, especially due to the warmth of the people and nature!

It appears that the people of Sipoo have happier faces than those of the big cities, at least from my perspective. Finland is not known for smiling and being greeted by strangers, but in Sipoo, nobody seems to mind talking to you. Small towns like Sipoo may be the source of the claim that “Finns are the happiest people in the world.”

A kind lady was working in a flower shop. I took her portrait, and after that, we had a short talk. She didn’t mind if I published her photo, even for the photo exhibition, and her portrait was chosen as one of the prints in “The Forgotten Keys” photo exhibition in Porvoo. On the same day, I walked more than 25 kilometers around the small town. I checked the same roads over and over again, listening to Pavarotti, Brindisi, and whatever Spotify was sending my way.

In the afternoon, I met an old lady who spoke to me about her age. Despite the half-cloudy sky, her head was protected by a large white hat as she walked with her rollator.

I took her portrait before she noticed me, but when she approached me, she didn’t cross as I had anticipated. She stopped and with a glance, said you should take photos of young people, I’m too old. I commented that you are wearing a beautiful hat. She thanked me and spoke about her life in a very calm manner. She explained that she has back pain and sight problems, but she still wants to walk outside all the time. This is because she’s afraid to be alone for long stretches of time!

Even on the cold, dark winter days, I enjoy walking, I don’t want to be alone, I’m tired of being alone for so long, my man passed away eight years ago, we never had any children, we were together for 31 years, I don’t like staying home, it’s better to spend time outdoors. She told me and spilled her stressful story at once.

My issue as a street photographer is that when I get to know the people I take photos of, I often face difficulty publishing them; maybe this is a reason why I mostly do not speak with people I take photos of in the streets. For example, I know that I could not give that old lady any pleasure by taking her photos or publishing them. This is because she clearly told me that she was not interested in making portraits, and she also let me know how lonely and stressful life she lives nowadays.

It is a big loss for me to let go of good candid portraits. I’ve had to let go of pictures before too after I understood the stories behind them. I am aware that everyone I photograph has a story behind them, whether it is a happy or sad story, but at least the story stays with them until I hear about it. Then I wondered whether I should publish the portraits or not.

It is an action that combines art and ethics when you work on candid portraits. First of all, you took the picture, and it’s ready for publication. However, it’s your responsibility to decide whether to publish it without permission or not!

I am a photographer from Erbil, Kurdistan, based in Finland.

Generally, I do street photography and my photos are all about displaying the beauty and the prettiness of human’s outlook and its souls.

Although my actual career is journalism and I have worked as a journalist for more than 15 years, I honestly feel that I can tell my stories through my lens better than my words.