In September 2019 we opened again our doors at Malminkatu 5, Helsinki with new activities and ideas, but also with a new Managing Director (chosen through this application) Jaana Simula, and a new chairperson, Ceyda Berk-Söderblom, and vice-chairperson, Sepideh Rahaa, elected at the extraordinary annual meeting.

We are excited about these changes as they are a tremendous opportunity for learning and growth. And we hope all our members and collaborators will share our enthusiasm and willingness to work towards a better understanding among us and to create together an Arts & Culture field where all workers based in Finland will be equal, visible and appreciated as a part of the cultural sector, with the same capacity of access and agency as initiators and decision-makers.

“The Globe Art Point, after an intense initial period of 3 years, will now with its new board and managing director continue its advocacy work to influence the policies and actions of Finnish arts and cultural institutions. The aim is to ensure that foreign-born artists and cultural workers are acknowledged and that their untapped capacity is utilised.

We will promote equality, equity, diversity and inclusion and give space and voice to those who suffer from structural discrimination and professional harassment in the Finnish art scene. Non-Finnish, non-Swedish and non-Sami speaking residents make up 14% of the population in the metropolitan area. In spite of this, they are not yet represented among the decision-makers of the art field and the cultural institutions. We want to change this by improving constructive and action-driven dialogue with our stakeholders and collaborators.” 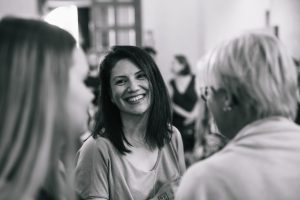 Ceyda Berk-Söderblom is an independent cultural manager, producer and curator with more than 18 years of experience, mostly working as the programmer of international festivals with close ties to the world-known institutions, orchestras, artists, and ensembles. She founded MiklagardArts in 2015; it is an innovative platform, a facilitator and connector for promoting trans-national collaborations between Finland and the dynamic art scenes in South East, Middle East and the Far East. Ceyda leads MiklagardArts by focusing on internationalisation, inclusiveness, innovation, bridge building and initiates new artistic expressions arising from creative clashes between cultures. One of her projects, a collaboration with the Finnish National Museum, Studio Aleppo [Helsinki], has been awarded the “Production of the Year-2017” by Taku ry (Finnish Art and Cultural Professionals’ Trade Union). Ceyda has worked with diverse cultures and has an extensive international professional network; and specialist knowledge in programming, curating, cultural branding, co-creation, fundraising and sponsorship. She holds a “Bene Merito” honorary distinction from the Ministry of International Affairs of the Republic of Poland.

Jaana Simula is an art historian (MA, Åbo Akademi) and holds a degree in communication. She has been working with culture and advocacy during her whole working career.  Simula has been working in the Wäinö Aaltonen Art Museums and within art research at the Åbo Akademi University. In the field of communication, she has worked as a Project manager 1997-1999 in the Management Consultancy Mimes, Helsinki, Finland. She worked in the Theatre Academy of Finland first as an information officer and then as the head of communications during the years 1999-2009. From 2009 to 2018 she was the cultural director of City of Pori. During the years 2012-2014 she was the vice-chair and 2015-2017 the chair of the Cultural Cities Commission, Union of the Baltic Cities. Her professional network includes also the field of Cultural Planning. 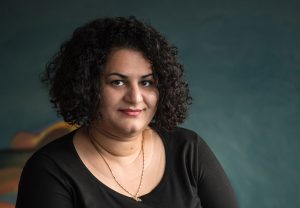 Sepideh Rahaa (1981, Iran) is a multidisciplinary artist based in Helsinki. In her practice, she is focused on womanhood and resistance, migration and representation. In her doctoral research at Aalto University, she investigates the concept of identity and its transformation with a critical and analytic view on representation, how female bodies become politicized in society and in contemporary art. In her artistic research, she aims to initiate methods within contemporary art to bridge from individual perception to the social perception by creating spaces for dialogue. Her works have been exhibited in Asia, the Middle East and in Europe. Rahaa holds an MA in art and research from Shahed University in Tehran and MA in Fine Arts and contemporary art, Aalto University.
Contact: sepideh.rahaa@globeartpoint.fi