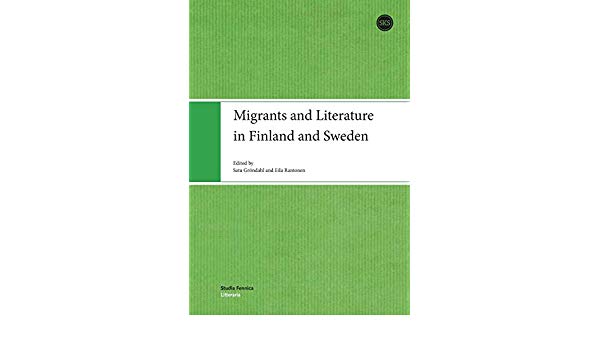 Migrants and Literature in Finland and Sweden

Migrants and Literature in Finland and Sweden presents new comparative perspectives on transnational literary studies. This collection provides a contribution to the production of new narratives of the nation. The focus of the contributions is contemporary fiction relating to experiences of migration. The volume discusses multicultural writing, emerging modes of writing and generic innovations.

When people are in motion, it changes nations, cultures and peoples. The volume explores the ways in which transcultural connections have affected the national self-understanding in the Swedish and Finnish context. It also presents comparative aspects on the reception of literary works and explores the intersectional perspectives of identities including class, gender, ethnicity, ‘race’ and disability. Further, it also demonstrates the complexity of grouping literatures according to nation and ethnicity.

The case-studies are divided into three chapters: II ‘Generational Shifts’, III ‘Reception and Multicultural Perspectives’ and IV ‘Writing Migrant Identities’. The migration of Finnish labourers to Sweden is reflected in Satu Gröndahl’s and Kukku Melkas’s contributions to this volume, the latter also discusses material related to the placing of Finnish war children (‘krigsbarn’) in Sweden during World War II. Migration between Russia and Finland is discussed by Marja Sorvari, while Johanna Domokos attempts at mapping the Finnish literary field and offering a model for literary analysis. Transformations of the Finnish literary field are also the focus of Hanna-Leena Nissilä’s article discussing the reception of novels by a selection of women authors with an im/migrant background. The African diaspora and the arrival of refugees to Europe from African countries due to wars and political conflicts in the 1970s is the backdrop of Anne Heith’s analysis of migration and literature, while Pirjo Ahokas deals with literature related to the experiences of a Korean adoptee in Sweden. Migration from Africa to Sweden also forms the setting of Eila Rantonen’s article about a novel by a successful, Swedish author with roots in Tunisia. Exile, gender and disability are central, intertwined themes of Marta Ronne’s article, which discusses the work of a Swedish-Latvian author who arrived in Sweden in connection to World War II.

This collection is of particular interest to students and scholars in literary and Nordic studies as well as transnational and migration studies.

Migrants and Literature in Finland and Sweden
By: Satu Gröndahl, Eila Rantonen (eds.)
Part of the Studia Fennica Litteraria series.