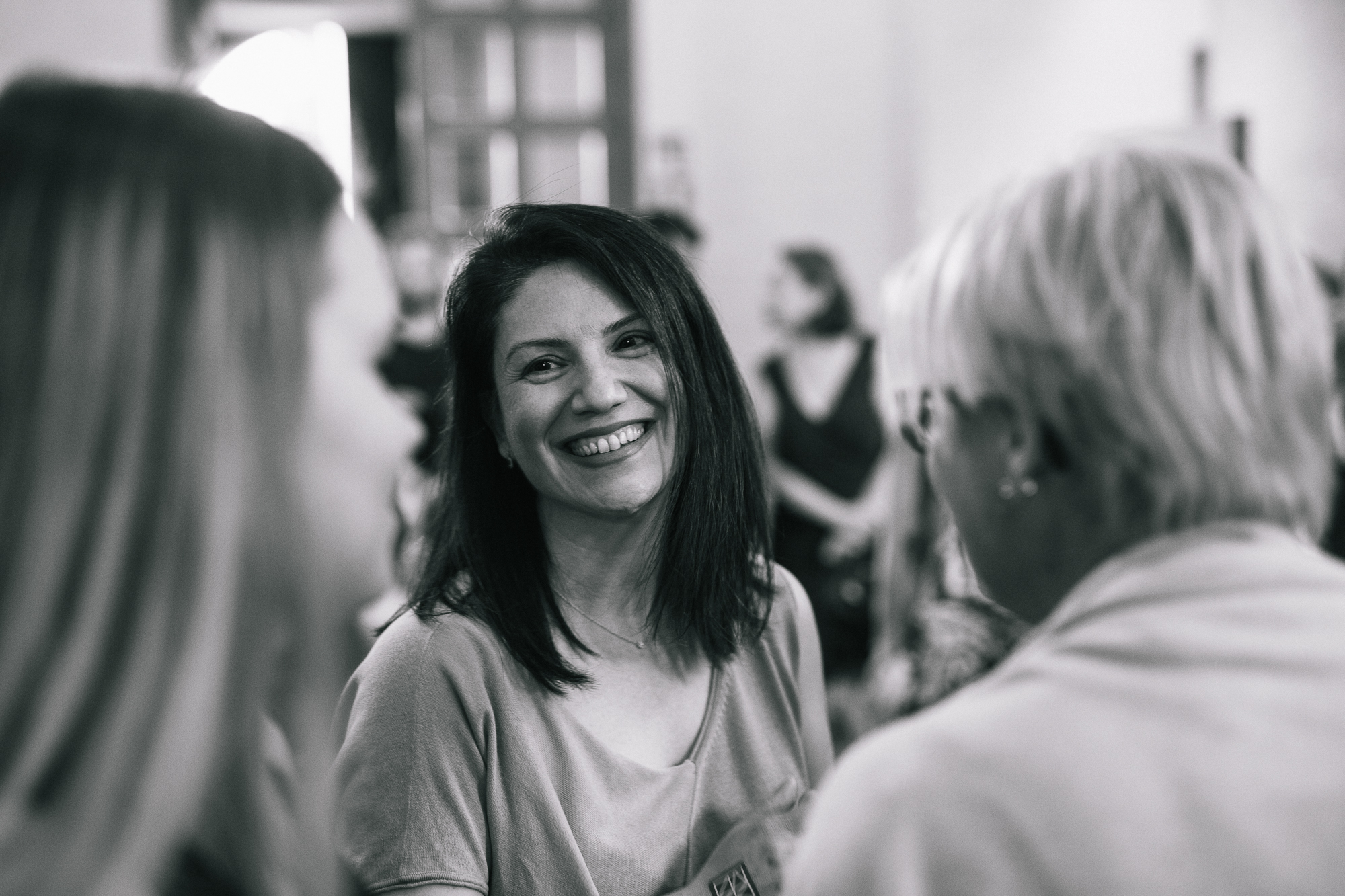 and in shorter sentences …”

These lines are picked from “Tutaj” (Here), a painfully beautiful dialogue between two great souls who are not with us anymore: the Nobel Prize-winning poet Wisława Szymborska (1923–2012) and the extraordinary trumpeter Tomasz Stańko (1942–2018). The stunning trumpet improvisations in response to the poet’s reading makes this live-recorded poetry and jazz combination a treasure and reminds us that at the end of the day what stays in our hearts are the stories we share. What is it that determines who we are, what are our values, our beliefs, and what are the experiences that make up the stories of our lives? Some have the chance and will articulate and listen, while others prefer to remain distant, silent and ignorant. For those of you who are curious to listen, this is a story from the Finnish capital, Helsinki, where my entire relationship with art institutions has mutated beyond recognition in the last few years. And it is told by a producer of “culture” as Paul J. Kuttner elaborates perfectly: “an ongoing process of collective meaning-making.”

Helsinki and its neighbouring city Espoo witnessed a historically significant reunion last November. The metro line extension that connects the most dynamic regions of the metropolitan area finally became operational after nine years of construction and delays that stretched over the last three years. The arrival of the very first train scheduled at 5.09 am at the darkest month of the year was given a most colourful civic celebration. Eager people jumped out of their beds to seize the moment, fill the station and turn the grey morning into a carnival. The cheering crowds greeted the arriving train with loud cries of joy as one would greet a saviour and celebrated with champagne – which is definitely not how Finns usually act. The commuters travelled in black tie or in shiny costumes and hats. You could see people in “Star Wars” outfits or dressed up like Mighty Eagle from “The Angry Birds”. What did we, the cultural workers, do that morning? How did we contribute? We didn’t! We continued sleeping in our beds. The local cultural institutions undeniably ignored the reality of the public life. I was disappointed. I would have liked the very first train to be a stage for divergent acts co-curated by a number of art institutions and occasionally more creative individuals. What does this institutional ignorance in Finland, which can undoubtedly happen anywhere in Europe, tell us?

Let’s begin our mental journey with the assumption that the core moral function of art itself provides an understanding that allows one to notice patterns that otherwise would not have been visible. My perception of cultural work and cultural institutions is not only shaped by the years I spent as a producer and programmer at the Izmir Foundation for Culture Arts and Education, one of the flagship institutions of Turkey; it was formed and developed further during the Finnish chapter of my life. The transition from Turkish society, which has been discussing and seeking the European identity for ages, to Finnish society, a harmonized community with a functional democratic system and civil rights supported by solid institutions, was a culture shock. This shock came with a cost; I was left with the constant need for a reliable reference point – a North Star that would show me the right path in reproducing values for a new self in my adopted country. From a cultural worker’s perspective, it was natural for me to look for shelter in the arts. Have I found the haven I was looking for in Finland, though? The shift from insider to outsider forced me to identify the exclusive norms embedded in the framework of the institutions. I belong to the 14 percent of the Helsinki residents who are non-Finnish, -Swedish or -Sami speaking and I am faced with the need to redefine my points of reference in order to understand, to adopt, to refuse, to take, and to contribute to my new surroundings.

Do the cultural institutions address us? Is their representation as diverse as the society itself? What about the professional segregation within the art field, “otherness” within the art field? How equal are we when it comes to providing possibilities, artistic development, and supporting artists with different backgrounds? In Finland, we have gender quotas, but the largest multidisciplinary festival in the country, the Helsinki Festival, has never had a female artistic director – let alone the possibility of a non-Finnish one in the whole team – in its half-century history. Having a quota for women or announcing top-down reforms to push plurality does not seem like an effective solution. We need to change our mindset.

Up in the north, like many other European countries, we are struggling to find ways to negotiate cultural plurality within the paradigm of a nation state and populist political discourses. Are cultural institutions only the means to an end for a designed identity and culture which is formed around the totem of language and national values? Would and could a mono-cultural identity be translated into a new set of definitions with cultural plurality? We cannot deny the need to develop a further rethinking beyond the inadequate concepts of integration and multiculturalism. One has to move beyond and try to capture the piece missed by the dictated definitions of dominant culture.

How is this relevant for a Berlin jazz festival? Let’s exercise our imaginations and picture an institution; a museum, an art centre or a festival house, like Berliner Festspiele; and start with a simple question: what does “institution” mean? Is it, as the dictionary states, “a social structure in which people cooperate which also influences the behaviour of the same people”? Or are we the ones creating temple-like structures filled with rules, policies, traditions, ever-repetitive ideas and power-games? The sophisticated techniques we develop in favour of our ongoing power struggle have led many institutions to become shelters for a shadow power. This power is invisible; it’s hidden within the folds of the structure. It has been there for ages, and nobody truly considers where it comes from. This could be an attitude that becomes “normal” for the institution. It could be hidden under the guise of “experience” and “being established”. But it definitely prevents us from making “unorthodox” decisions; and in the worst-case scenario, it builds an unarticulated wall of resistance towards “the different one”. This shadow power that lurks in all institutions and organizations evolves into a problem that hinders change. In an age of transition, and desolation of all traditional power structures, how can we encourage arts and cultural institutions to challenge themselves? We need to reveal the invisible barriers and break through them. Discovering the reasons behind such patterns and conservative attitudes requires critical thinking about the border between inclusion and exclusion. I am both a cultural worker and an avid consumer. I have the advantage of analysing the cultural institutions with a critical eye: I simultaneously belong within and without these institutions.

So, what is it that hinders our colleagues working in these institutions – who are well educated, intelligent, humanistic, creative minds – in reframing the values of an inclusive society? Are the institutions’ channels open for outsiders’ influences? Are we awake like those self-organised Finnish commuters who showed up at the metro station in the wee hours of the morning without any expectations? Currently institutions tend to take hold of their employees with the strong hand of shadow power and shape their workers to their will. We need to resist it by deconstructing the concept of “the institution” in our minds. But how?

I propose an unconventional solution: creative chaos. A chaos that inspires transformation. Chaos is nothing new; it has been always there. It has been discussed by scholars in terms of its relation to creativity. Nevertheless, I still have a strong feeling that instead of letting it in, we have done everything to keep it away. Let’s start changing our mindsets by letting chaos into the creative process by provoking people to take “out-of-the-box” actions. The time has come to take our change-proof shields off; to be bold enough to step out of our comfort zones; to engage with minds from different cultures, disciplines and references. We cannot possibly address or solve the global problems of the day by only working alongside like-minded people. Arts and cultural institutions should promote creative chaos by welcoming provocateurs and divergent thinkers among them if they wish to become a point of reference like the North Star. The empowerment of individuals and accommodation of cultural plurality are among the most important tasks of today’s art scene.

Let’s put a few more chairs around the table, alter the seating order and encourage controversial discussions in longer sentences!

Ceyda Berk-Söderblom is a Helsinki based independent cultural manager, producer and curator with more than 17 years of experience, mostly working as a programmer of international festivals with close ties to international institutions, orchestras and artists. She is co-founder of MiklagardArts, an innovative platform and facilitator for promoting transnational collaborations.

Source: This essay was originally commissioned by Berliner Festspiele and published in the Jazzfest Berlin 2018’s magazine.